Our first guest blogger of the year is Mark Yu, a Kindergarten Teacher  at Korea International School – Seoul Campus. Mark is an amazing teacher whose ideas I am constantly stealing from Instagram. I am absolutely thrilled that he was willing to write-up a guest post for Two Apples A Day. More guest posts in the future? Yes, please!

Sometimes repetition is necessary. Especially in a  Kindergarten classroom.

To add more flavor to my literacy centers, I sometimes come up with games to help my kiddos have more fun with the  activity. Where do I come up with these ideas? I really have no idea; my ideas come up at random!
So instead of this:

Which is a game, but it’s just taking turns rolling the two cubes and then reading and writing the word on a dry erase board… not too exciting.

I came up with a game called, “Jewel King,” which looks something like this: 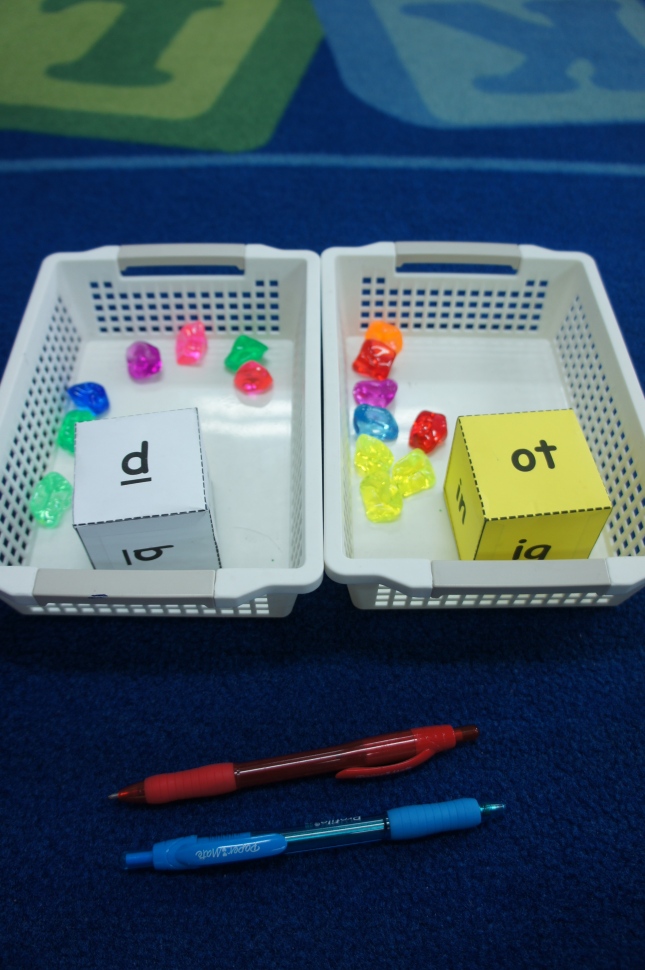 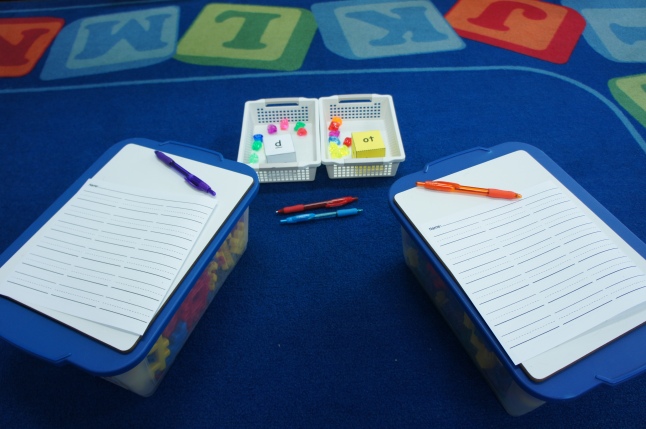 As you can see, just by changing and adding a few things (including the name) it makes the activity seem much more exciting than it really is.

I let my students use my “special” colored pens and choose one color to be the “king” or “queen” of. So if a student chose light blue, for example, he would choose to be the “King of Light Blue.” They will be using their pens to write the words they roll on their kingdom’s “scrolls.”

After they decide which pen color they want, they can start the game. The point of the game is to get as many jewels as you can for your “kingdom.”

Now, to earn jewels, you have to make a correct prediction of which word you are going to get. So the student has to pick letters to make a CVC word, and hope to actually roll that word. For example, let’s say before I roll I choose “d” and “ot” to make the word, “dot.” If I roll and actually get that word, I get a jewel for my kingdom. It may sound complicated, but just modeling it a few times helps the children to catch on pretty quick.

This game actually gives all the students more practice in decoding and reading CVC words because they must choose a word they want before they roll, and then they have to read the word they actually roll, as well as write it down on their scroll.

Not to mention this game allows the practice of social skills in learning to cooperate with others and following game rules as well as taking turns!

I also did the same thing with a sight word graphing activity. Before “Jewel King,” it looked like this: 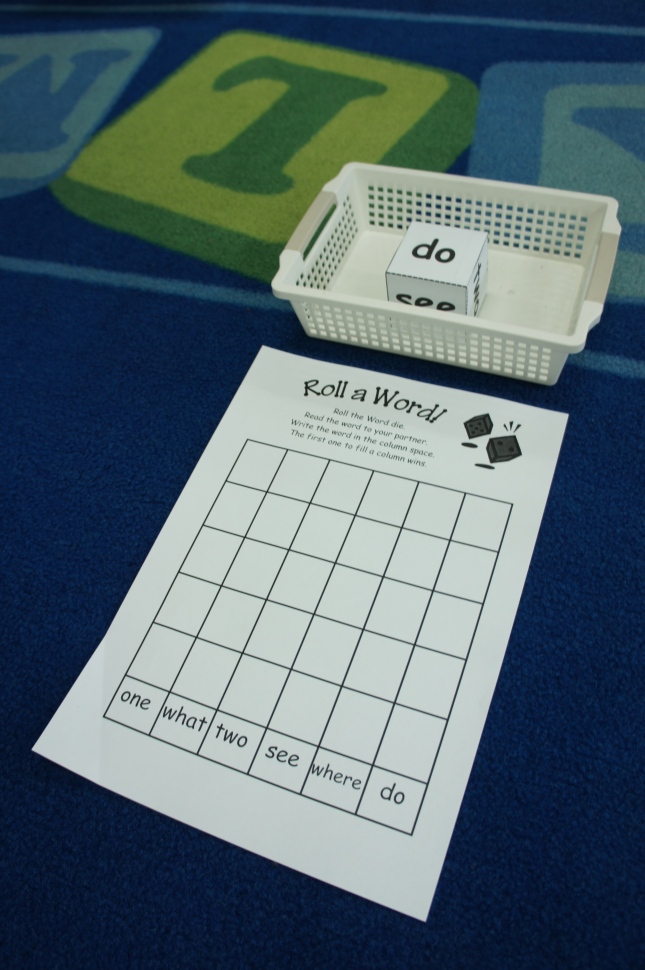 Just rolling and graphing the word.

Then after making a few changes… and voilá! 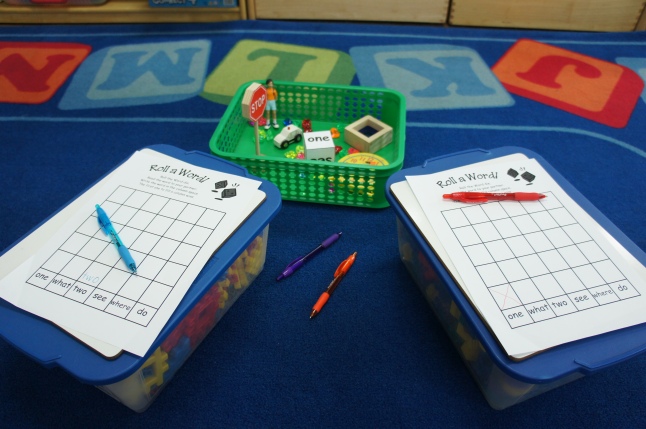 Same concept as the other game, the student picks a word on the cube and says it out loud, and if they get the word, they get a jewel for their kingdom! Whatever word they get, they fill out their graph.

And you can differentiate with your students. 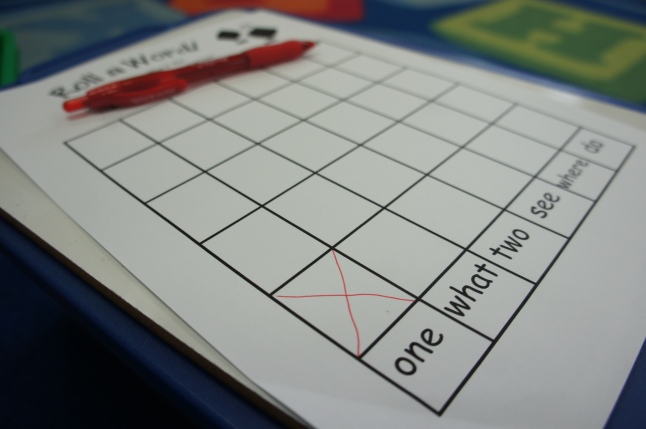 And you can always change it to “Catch the Dolphins” and use little dolphins instead of jewels or with whatever you would like to use! And it really didn’t take much time at all to make these changes to my centers, but it made a world of difference to my kiddos. Who doesn’t love pretending to be a king or a queen? ^_^

How can you add some flavor to your centers? 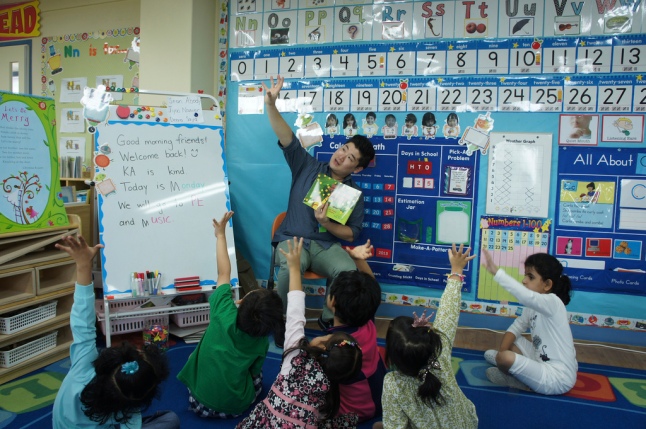 One thought on “Guest Blog Post: A little Creativity goes a Long Way”